The Lie group $SU(2)$ describes all possible 3D rotations of a spinorial object, that is, an object that needs to be rotated 720 degrees before returning to its initial state. A good example for such an object is a cube that is attached to a wall by belts: see the animations here https://en.wikipedia.org/wiki/Spinor. In physics, an important spinorial object is the fermion (e.g., an electron).

For small rotations $SU(2)$ is identical to $SO(3)$, that is, both groups have the same Lie algebra.

This is also shown nicely at page 164 in the book Magnetic Monopoles by Shnir.

Elements of $SU(2)$ can be written as 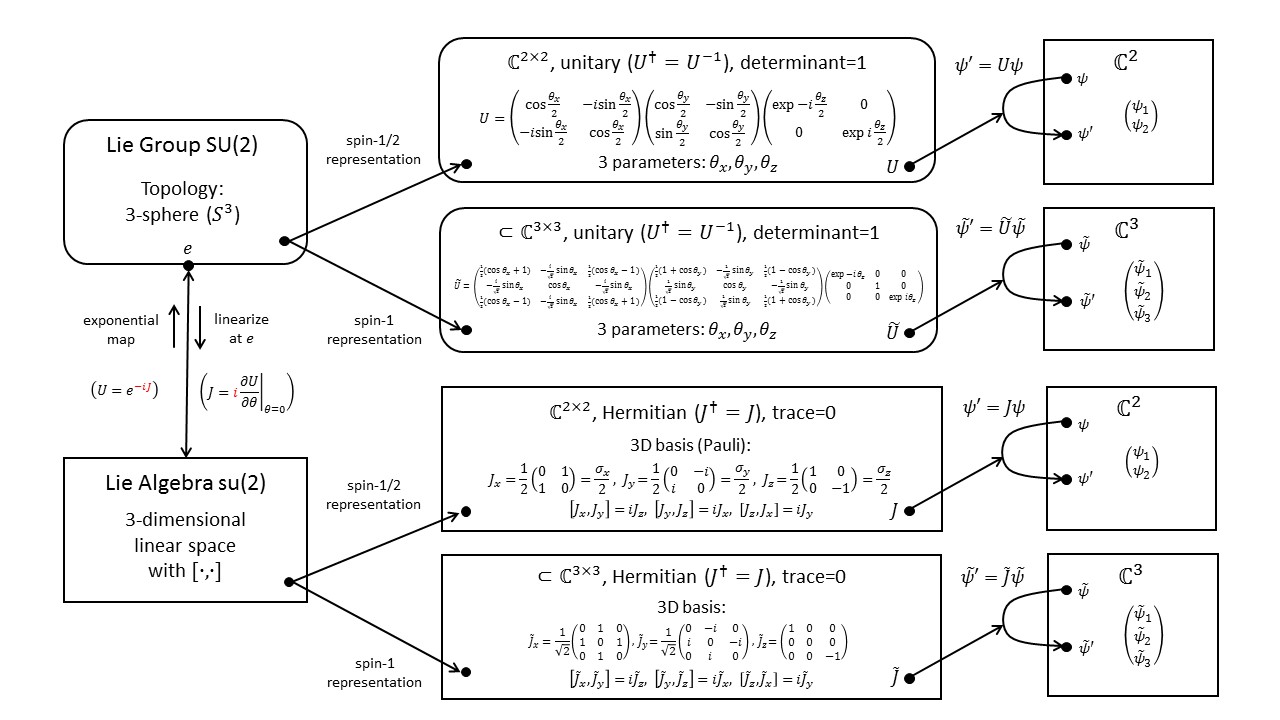 $SU(2)$ is one of the most important groups in modern physics. The group is a crucial ingredient of the gauge symmetry of the standard model of particle physics and, in some sense, explains the structure of weak interactions.