An important application of the adjoint representation is the transformation of gauge fields. 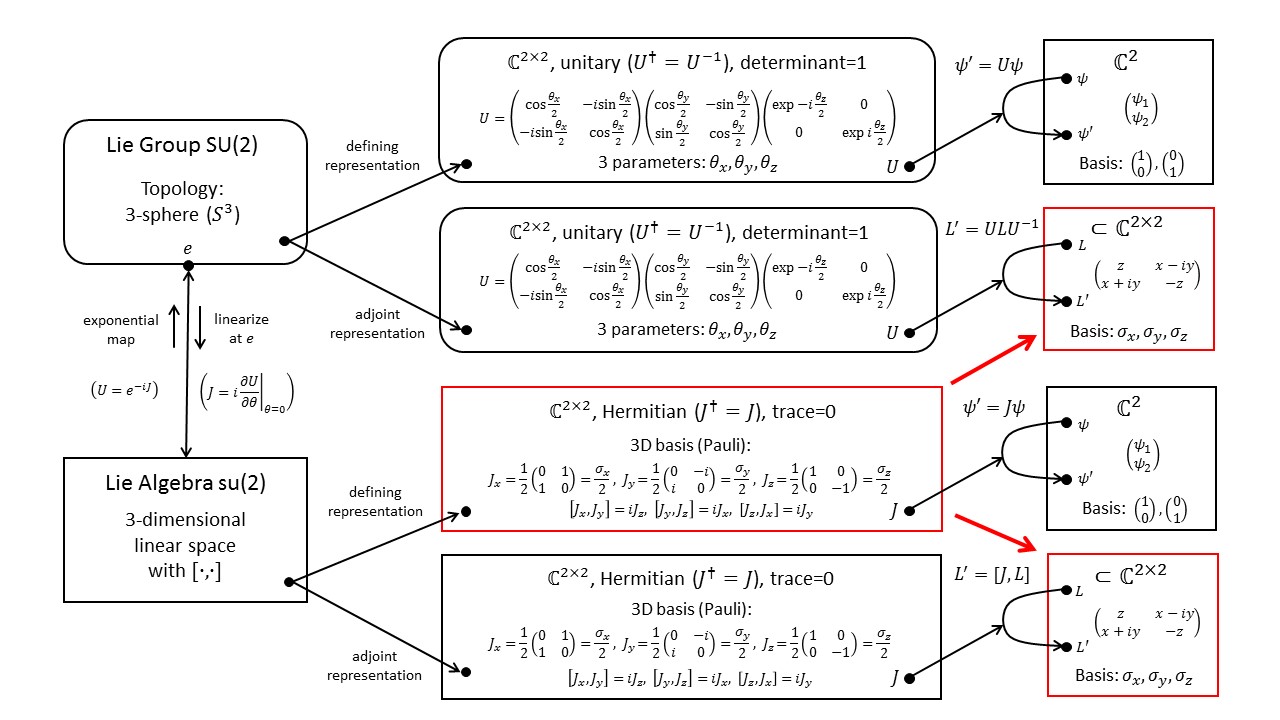 For a more detailed explanation of this diagram as well as adjoint representations of other groups, see Fun with Symmetry.

A representation is a map that maps each element of the set of abstract groups element to a matrix that acts on a vector space. A confusing point here is: If we can study the representation of any group on any vector space, where should we start?

Luckily there comes exactly only distinguished vector space automatically with each Lie group: the Lie algebra of the group!