From cosmological observations we know that there must be more mass than we can presently explain through known matter. Hence, there must be something additional that makes up for this mass and this something is called Dark Matter. 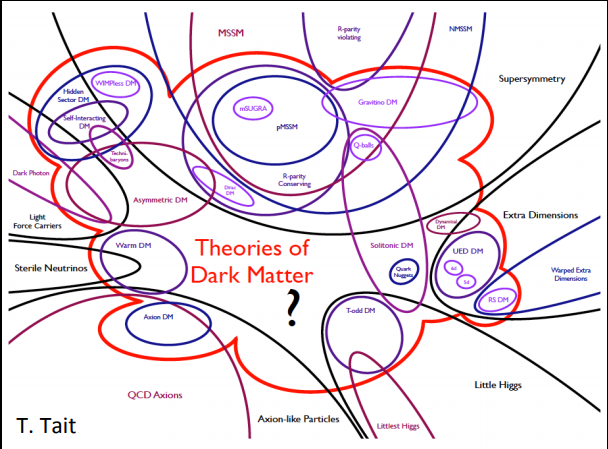 A good way to stay "up-to-date" regarding dark matter research is following http://dmhunters.org

The WIMP miracle is an attractive and fairly generic consequence of the naturalness approach to the Higgs. But, no matter how appealing it is, the WIMP paradigm will have to be replaced, if future experiments give no evidence in support of the idea. How is one to proceed without guidance from the WIMP miracle? An often-used strategy is adding a single elementary particle for the dark matter and, possibly, another particle to mediate a force between the dark and visible sectors. This approach is justified by criteria of “minimality” or “simplicity”. While I agree that, given our ignorance about the dark sector, this is the first thing to try, I also think that the approach, rather than “minimal”, looks awfully shortsighted. We have ample evidence that nature follows a grand scheme. We recognise in the Standard Model features of this grand scheme. Adding one or two particles only for the reason of generating dark matter is not something that nature would do, if she indeed has a grand scheme in mind. It is much more plausible that the dark matter is only the tip of the ice- berg of a sector that serves a structural purpose. This is indeed the logic behind traditional WIMP models. Take the prototypical example of supersymmetry: the WIMP does not come alone, but it is one out of many new particles whose purpose is to stabilise the Higgs mass against quantum corrections. Once we accept that dark matter is unlikely to manifest itself in “minimal” ways, the tree of possibilities grows rapidly. Post-naturalness dark matter could manifest itself in innumerably different manners. Why should dark matter be a single particle charged under a single force, while matter in the universe comes in a variety of states and chemical compounds? Both theoretical activity and experimental searches for dark matter are adapting to this growing number of unconventional and multi-component forms of dark matter. Tension with the predictions of collisionless dark matter at small scales [42] can be relaxed if dark matter is self-interacting [43]. Moreover, dark matter could be much lighter than that expected for a WIMP. The extreme case is the proposal of fuzzy dark matter, made of a particle as light as 10−22 eV [44]. The light dark-matter window, for masses below the GeV range, is not well covered by conventional searches and several new clever techniques have been proposed to explore this region [45]. One of the most appealing aspects of these new ideas is that they are employing techniques borrowed from other sectors of science, from atomic physics to condensed matter. This cross-fertilisation between different research fields is especially needed during a phase of Krisis.

In unconventional models, one cannot exclude the possibility that dark matter is present in the universe in different forms, from dust to compact objects of astronomical size. The detection of gravitational waves [46] has opened a new field of exploration, providing a new tool for probing the existence of compact objects made of exotic matter [47]. These measurements have also revitalised [48] the hypothesis that dark matter is not made by new particles, but by a primordial population of black holes [49]. The field of dark matter is quickly changing and, both on the theoretical and experimental sides, there is growing interest in alternatives to traditional WIMPs. It is likely that the new trend in dark matter will influence the paradigm search during the post-naturalness era and, conversely, that post-natural research will influence dark matter modelling and experimental strategies.

We know from experiments with quite high confidence that there must be something additional to the standard model of particles, which is responsible for quite a large part of the matter in the universe. So far, we don't know what dark matter consists of, because we no laboratory experiment on earth was able to detect it. All existing evidence are indirect from cosmological observation. 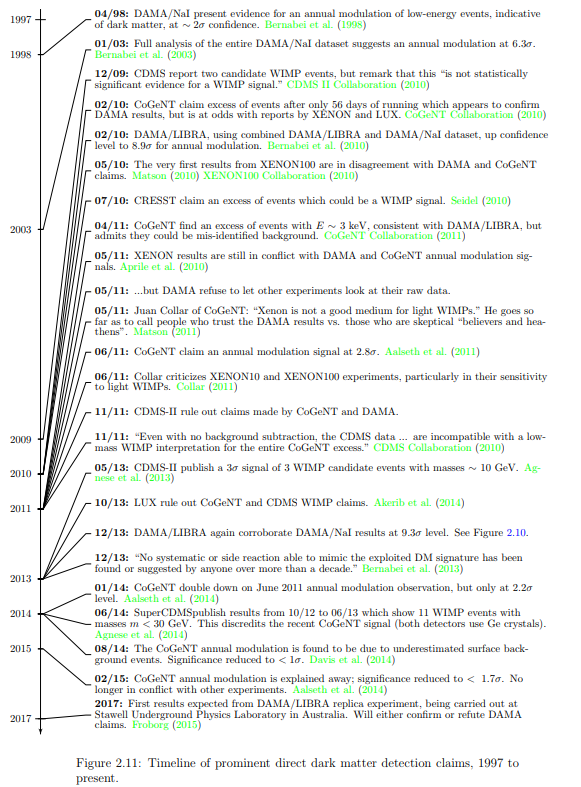