When a system moves once around a close loop, like for example a pendulum once around its suspension, we expect that it returns to exactly the same state that it started in.

However, this is not always the case. System can pick up a pick up a phase while moving once around a closed loop.

A famous example is a Foucault pendulum. Such a pendulum is expected to return to its original position after a full rotation of the earth in 24 hrs. However, it doesn’t. It picks up an angle, called Hannay’s angle. 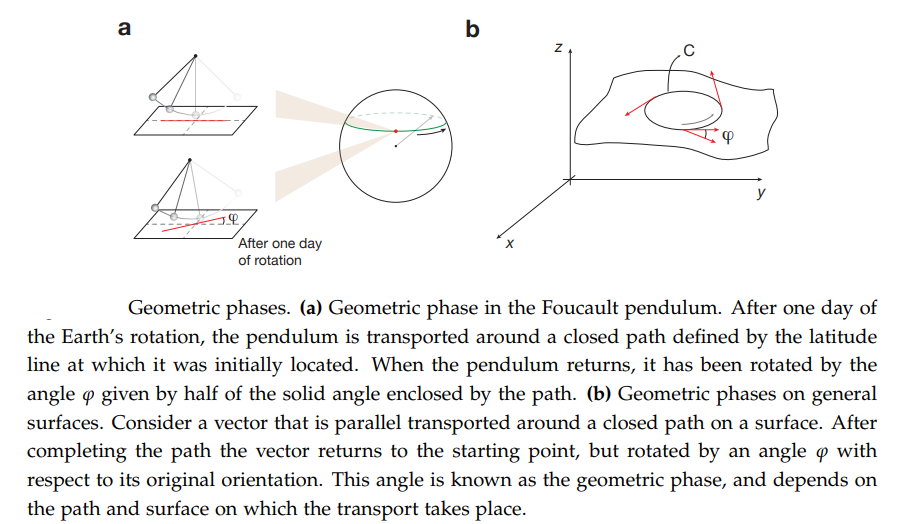 Before Berry reinterpreted geometric phases it was already known that if the parameters of quantum system change slowly the state of the system stays the same but it picks up a phase. This is known as adiabatic theorem. However, people believed that this phase was of no physical significance since it can have any arbitrary value.

Berry phases are, in some sense, the common origin of all anomaly effects.

This is stated, for example in Berry's phase, commutators, and the Dirac sea by Michael Stone and William E. Goff